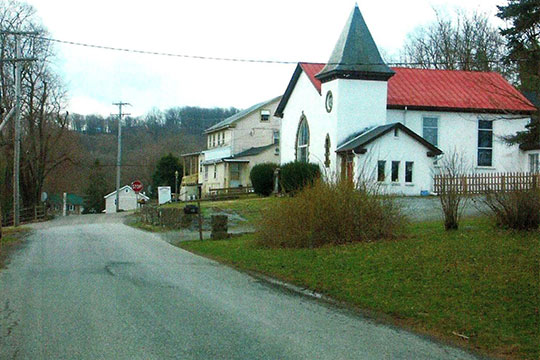 East Nantmeal, Chester County, Pennsylvania, began when Welsh Quakers settled in Nantmeal, or Nantmel, as first noted on County tax lists in 1717. Named after a village in Radnorshire, Wales, Nantmeal was split into East Nantmeal and West Nantmeal in 1742, with East Nantmeal retaining what is currently Warwick Township until 1842. Because of its proximity to the French Creek watershed and to vast amounts of hardwood timber, lime and iron ore deposits, East Nantmeal became an important site for the iron industry in the colonies, and was the only agricultural community to support the iron industry before 1830.

For a trip through the 18th and 19th centuries as it was at the time of the cold blast furnaces, start at the crossroads of Fairview and Nantmeal for a tour of Nantmeal Village, recently listed on the National Register. Then drive the township’s scenic roads west to the newly formed Warwick Furnace Preserve on Valley and Warwick Furnace Roads. The site of the large “tilt hammer” forge (Morris Tilt) is along Route 100. The Cupola Furnace district is slightly east, and the Reading Furnace/Thomas Bull house of William Branson slightly west, of Warwick Furnace.