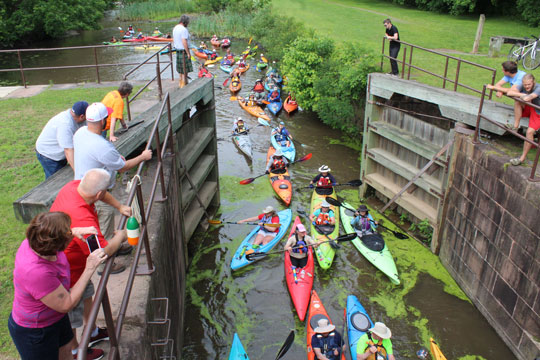 A fully restored, working lock on the Schuylkill Canal, originally built as part of the Schuylkill Navigation system, is demonstrated for groups and during special events.

This lock, one of 72 originally built on the canal, was constructed in the 1820s and was originally part of the Oakes Reach. The site includes the original Locktender’s house (exterior restoration) as well as canal information and memorabilia. The house is open by appointment and during special events.